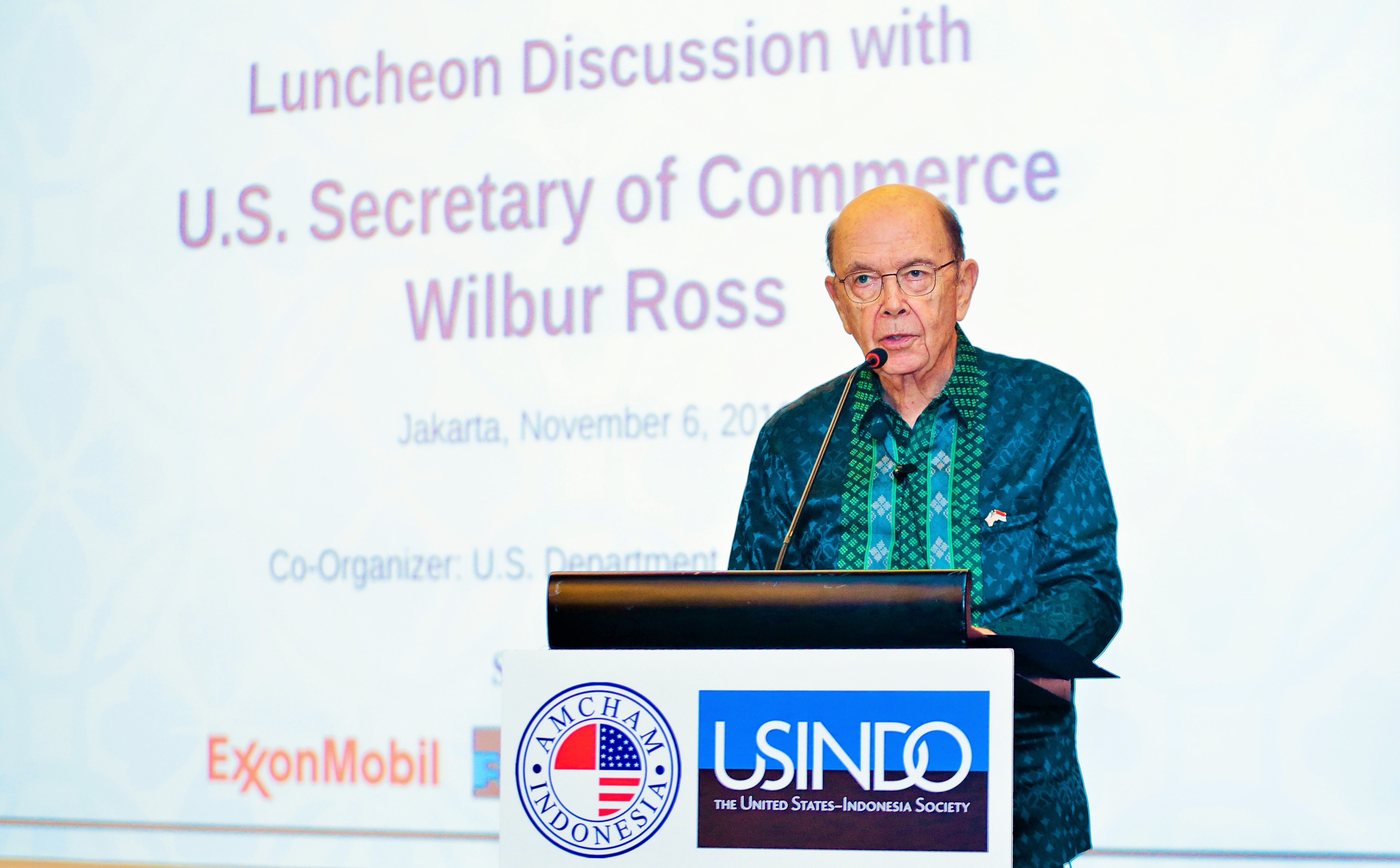 USINDO and AmCham Indonesia hosted a luncheon discussion in Jakarta with the U.S. Secretary of Commerce Wilbur Ross on November 6, 2019. Secretary Ross’ visit to Indonesia was part of his three-country trade mission to Thailand, Indonesia and Viet Nam. He was accompanied by a high-level business delegation representing a wide range of industries including infrastructure, manufacturing, aircraft, energy, pharmaceuticals, and digital technology. The luncheon was the primary occasion for Secretary Ross to engage business leaders during his visit.

Secretary Ross said the U.S. is fully committed to Indonesia and the Indo Pacific region. He stated the U.S. is engaged in commercial and development activities to promote a free and open Indo Pacific where all nations prosper.  He supported President Jokowi’s efforts to promote a conducive investment climate and revitalize Indonesia’s economy so as to move beyond middle income status.

Secretary Ross highlighted the potential for U.S. companies to expand their businesses in Indonesia. He said that “two-way trade in goods stood at $29 billion last year with U.S. exports to Indonesia at $8 billion while the U.S. imports from Indonesia were over $21 billion.” He further added that the resulting U.S. goods trade deficit with Indonesia of $13 billion in 2018 would need to be balanced.

Secretary Ross stated he would continue working with the Government of Indonesia to resolve issues U.S. companies operating in Indonesia are facing. He emphasized the need for Indonesia to get off the U.S. priority watch list for intellectual property rights (IPR) protection; and resolve the issue of partnerships on engineering and construction procurement. Secretary Ross welcomed the progress of the on-going review of Generalized System of Preferences (GSP) worth $2.2 billion that Indonesia is undergoing with the U.S., and looked forward to its expeditious conclusion.

During the Q&A session, Secretary Ross responded to businesses’ concerns about various regulatory issues in Indonesia and efforts of the U.S. Government in resolving these.