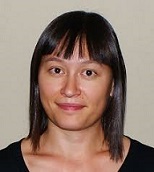 The 2014 election season is heating up in Indonesia.  With President Susilo Bambang Yudhoyono (SBY) completing his constitutionally-limited second term, figures from numerous political parties are vying for position in the highly anticipated direct legislative and presidential elections, which both will determine Indonesia’s leadership for the next five years.

To knowledgeably follow Indonesia’s change of leadership in 2014, it is essential to understand Indonesia’s election process.  Dr. Shair-Rosenfield briefed us on how Indonesia’s electoral reform has evolved in the Reformasi period since the Suharto era, how the current electoral system works, and how it will affect the parties and candidates, the competition, and the outcome of the upcoming parliamentary and presidential election.  Among the questions covered were:

How do Indonesia’s parliamentary elections relate to the presidential election?  What are the thresholds needed for a party to field a presidential candidate?  If the threshold is not achieved, what is the negotiating process that a party or combination of political parties must undergo to form a coalition that can nominate candidates for president and vice president?  What percentage of the vote must a candidate receive to be elected president?  What does Indonesia’s past experience suggest regarding the likelihood of a run-off election in 2014?

USINDO was pleased to host Dr. Shair-Rosenfield, an expert in electoral reform, party system evolution and democracy in contemporary Indonesia, prepare us to follow and understand the 2014 parliamentary and presidential elections.