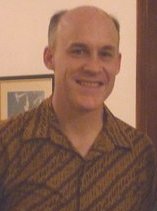 In the past few years there have been significant increases on collaboration between The United States and Indonesia on the bilateral, regional, and global levels. This includes intensified visits and exchanges between officials, parliamentarians, businesses, and the general public of the two countries.

On the bilateral level, Presidents Barack Obama and Susilo Bambang Yudhoyono signed the Joint Declaration on the Comprehensive Partnership in November 2010 to strengthen ties between the world’s 3rd and 4th largest populated countries. In the similar spirit of the Comprehensive Partnership, on September 17, 2012, Secretary Hillary Clinton and Foreign Minister Natalegawa further reaffirmed the importance of those expanding ties and pledged to continue interactions and consultations between Indonesian and American officials at all levels.

On a regional level, the relations between the two countries signify even greater importance. There is a need for Indonesia and the United States to work closely in order to anticipate and manage the changing geo-political equation in East Asia due to the rise of China. Clinton’s recent visit to Jakarta also explicitly emphasized the United States’ expectation for Indonesia to play a leading role in ASEAN, especially in moderating tensions in the South China Sea between China and several ASEAN member nations. Cooperation and support from Indonesia has become more essential as President Obama has affirmed the United States will play a leadership role in Asia for many years to come through the adoption of “Pivot to Asia” – a rebalancing toward Asia in military, economic and trade, human rights, and diplomatic initiatives.

Finally on the global stage, Indonesia and the United States belong to a number of the same international organizations, including the United Nations, the G-20, the International Monetary Fund, the World Bank and the World Trade Organization. The two countries have also further affirmed a common ground on the importance of democracy and counter-terrorism cooperation, and on resolving problems in the Middle East, including Iran and Syria, as well as to preserve global peace and stability.

USINDO, in cooperation with the Department of International Relations – Universitas Gadjah Mada, is pleased to welcome Mr. Ted Lyng, Political Counselor at the U.S. Embassy in Indonesia, to discuss the strategic interests and priorities of the United States and its collaboration with Indonesia to respond to those interests and issues both at regional and global level.

Please join us for this informative event, which will include a Question and Answer session.