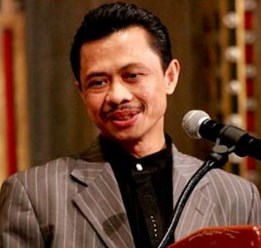 Making up 0.8% of the United States total population in 2010, American Muslims is a minority. A 2011 Gallup Poll found that 44% of Muslim Americans identified themselves as integrated, meaning they actively seek to know and learn more about others of different religious traditions. Another 48% of Muslims in America considered themselves tolerant, while only 8% of Muslims in America identified themselves as isolated, meaning if they belong to a particular faith group they tend to believe in the truth of their perspective above all others. Recent efforts by the United States Government to engage the Islamic society in America include appointing a Special Representative to Muslim Communities in 2009. Also, the White House Office of Faith-Based and Neighborhood Partnerships forms partnerships between government at all levels and non-profit organizations, both secular and faith-based, to more effectively serve Americans in need and promotes interfaith dialogue and cooperation. USINDO, AIFIS, Dompet Dhuafa, and the Sampoerna School of Education was pleased to host Ustadz Shamsi Ali, an Indonesian Muslim scholar who has been living in America as an Imam in New York’s Islamic Cultural Center. He shared his point of view and experience on living in the U.S. as a Muslim and lessons learned on challenges in interfaith societies.

Please note, the event was conducted in Bahasa Indonesia.