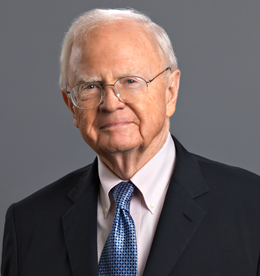 USINDO greatly regrets the passing of Trustee Roderick M. Hills.  Mr. Hills served with distinction on USINDO’s Board of Trustees since 2011.  He had a great interest in Indonesia’s governance, founding the Center for the Study of Governance at the University of Indonesia in 2008, one of seven global centers of governance that he created around the world.

Mr. Hills served as Chairman of several corporations and was a board member of numerous publicly listed companies over the past 40 years. He was a Trustee of the Committee for Economic Development, and founder, former Chairman and Vice-Chairman of the US-ASEAN Business Council.  He served as Counsel to President Gerald Ford and as Chairman of the Securities & Exchange Commission (1975-1977). He received both his B.A. and his law degree from Stanford, and was active in many Washington organizations, and the law firm of Hills Stern and Morley.

We have lost a leading citizen of the world. USINDO’s extends its sincere condolences to his wife, Carla Hills, and to his family.